While conversing with my friend and colleague Pierre Bourque, he told me of his father's military service flying B-24 Liberators in the Royal Canadian Air Force.   I greatly enjoyed reading about A. S. "Sam " Bourque's service in World War II.  This excellent account may be found at:

Coincidentally I work in the old Consolidated Aircraft Production Plant #2.   Aircraft are no longer built in the huge hangars, that now house the US Navy's Space and Naval Warfare Systems Command described below.   The history of B-24 production permeates the headquarters.  Visiting VIPs are always briefed on the critical materiel contributions to World War II made by the aircraft plant that SPAWAR inherited. 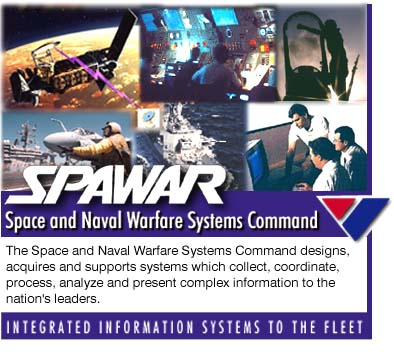 The last major aircraft production done in the facility was the CONVAIR F-106 Delta Dart.  F-106 production ended in 1960.  The F-106 was a fighter interceptor assigned to North American air defense.   In the building that houses my offices, Lockheed-Martin produces rocket boosters for Atlas and Titan rockets.

At peak production, the Consolidated Aircraft Production Plant #2 was completing 162 bombers a week, nearly one an hour!  The bomber would be towed across a ramp to the nearly adjacent Lindberg Field (San Diego's commercial airport) and flown out.   Throughout the facilities, large photographs of wartime aircraft production adorn the walls.  I have included a few below. 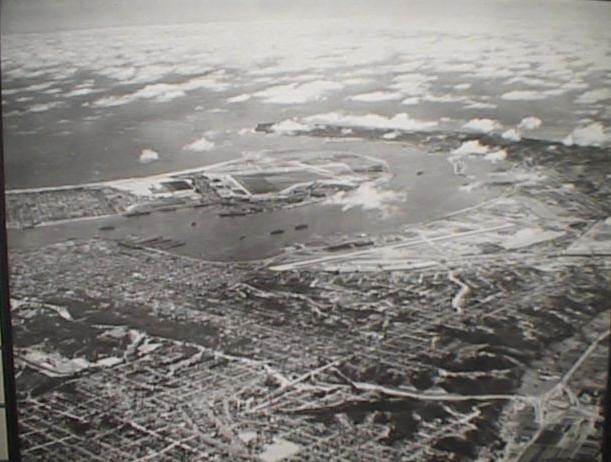 Aerial view of San Diego Bay, circa 1942.   The peninsula on the top right is Point Loma, where many of SPAWAR's R&D facilities are located.  Coronado Island sits in the bay.  The airfield on Coronado is North Island Naval Air Station which is still operational.  The airfield on the mainland is Lindberg Field where the finished B-24s were flown off for delivery. 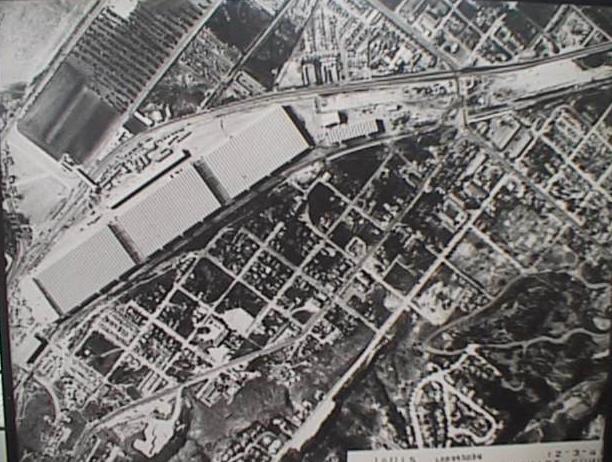 Aerial view of the Consolidated Aircraft Production Plant No. 2, circa 1942.  The three large buildings still dominate the SPAWAR complex today.   The right-most building (building three) is where I work).  It is the only part of the complex that still has an active production plant.  Lockheed-Martin produces Atlas and Titan Booster Rockets in our building. 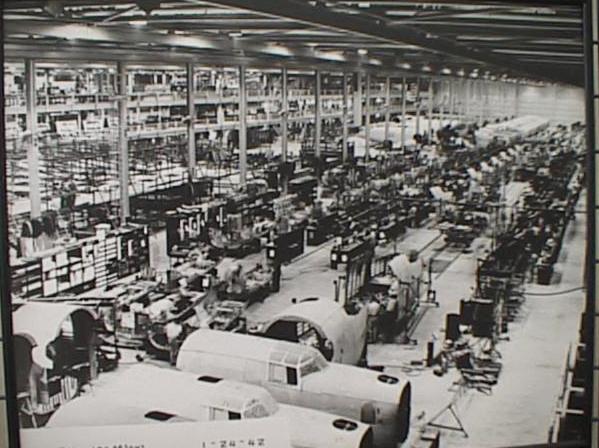 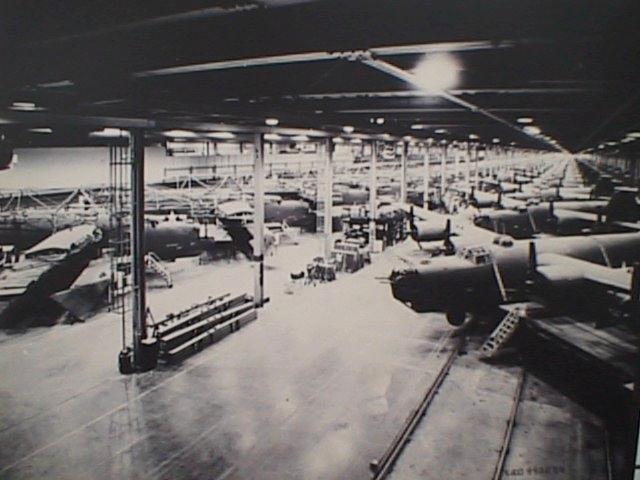 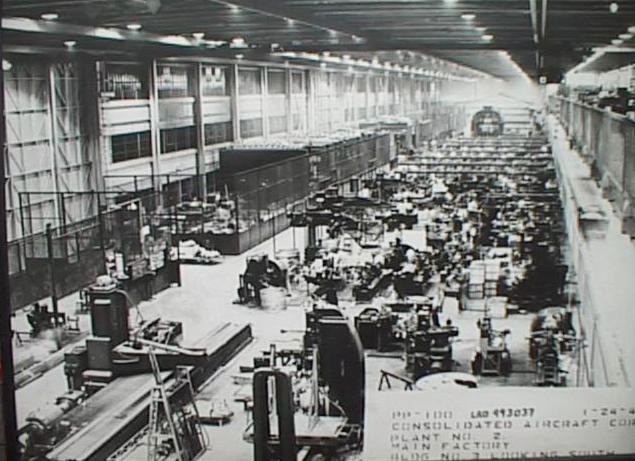 Production Floor -- The railing seen on the right is still there and SPAWAR HQs is located on the second floor behind the railing. 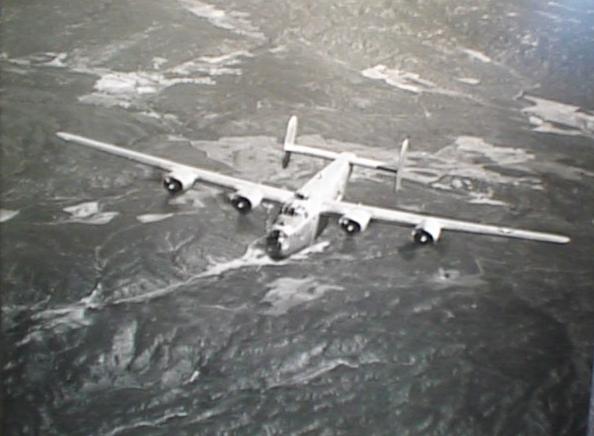